How nice it would be if we could be immune from tax collectors, daily expenses, enemies, and heavy workload. But at least, it is possible to be immune from various diseases. This system that recognizes and opposes disease is called the “Immune System”. 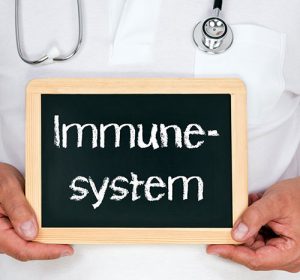 Have you ever noticed that many animals and insects eat foods that are not clean at all, yet, they remain healthier than we are? They eat raw foods, yet they are not affected from stomachache or allergies. Why can’t we imitate them? We have to wash and cook our foods to avoid getting sick. Is it because animals and insects are stronger than human, or is it because they have a different kind of immune system? Yes, they really do have such immune capability. 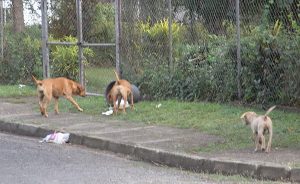 Were People Before Stronger than Today?

During my childhood, it was the time of World War II, and there were not enough foods to eat. Children of our time and our responsibilities were to search for foods in river, sea, mountain forest, and farmlands. Our collection of edible harvests were mostly grasshopper, field mouse, snake, frog, snail, wild cherry, strawberry, and edible green grass. These crops we ate were rich with protein and vitamins.

Did you know that foods we ate were somewhat unsanitary? But to some extent, we became immune from various kinds of bacterial diseases. Today, young generations eat foods produced sanitarily, intuitively, and economically, by well-controlled sophisticated factories. Remember, there used to be only 404 kinds of diseases but they’re increasing over time (read article “The Ancient Japanese Medical Book”).

Yes, it is true that advancement in civilization makes people very weak. When I went to Thailand, we saw some people eating cockroaches. These were big roaches that came from deep forests in Thailand. I saw fried and toasted roaches with soy, sugar, and other spices at food stores. I went to places where people eat such bizarre and exotic foods and I noticed that primitive life of people seldom get sick compared to those who claim to be civilized. Native people of Australia live healthier than white people there. I know these people are eating centipedes and galley-worms that civilized people never eat.

In Thailand, I met two cobra snake charmers. These two snake charmers were immune from venomous cobra bites. By injecting a small amount of cobra poison to their bodies, they became totally immune from its bite. Centipedes live with bacteria, yet they are not affected by the bacteria. Do you believe that people who eat these centipedes and cockroaches became immune from bacteria? I am not talking about the lifespan. Lifespan depends upon the race.

Some people believe that this way of living in these areas will have short life. Yes, an average of 45-55 years of lifespan but it has nothing to do with the food you eat.

Several years ago in Japan, some scientists started to collect centipedes and galley-worms for antibacterial agents. It’s not a stupid idea to create these kinds of drugs. However, they are multiplying these worms inside non-bacterial glass beakers! Are they crazy? Multiplying these worms on a sanitary area won’t make them immune to bacteria.

Food in the Cage

Where do pork, beef, chicken, vegetables, and fruits you eat, come from? Have you ever thought that these foods you eat make you weak instead of making you healthier? Food producers including scientists claim that modern foods are healthy and so they’re sold at higher price. Stupid studies by scientists are increasing as well as sick people who are convinced by them. 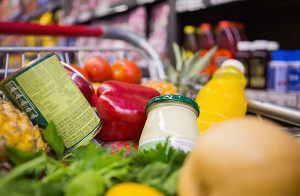 Pork, beef, chicken, and even fishes, are cultured artificially in a cage. Fruits you eat today no longer have the same taste like those several decades ago. Vegetables you buy at supermarkets are all house-cultured without soil. It is very difficult to find meats and vegetables grown in the wild. The food itself has no power of immunity from bacteria and other foreign diseases. This is the reason why people are losing immunity to all diseases.